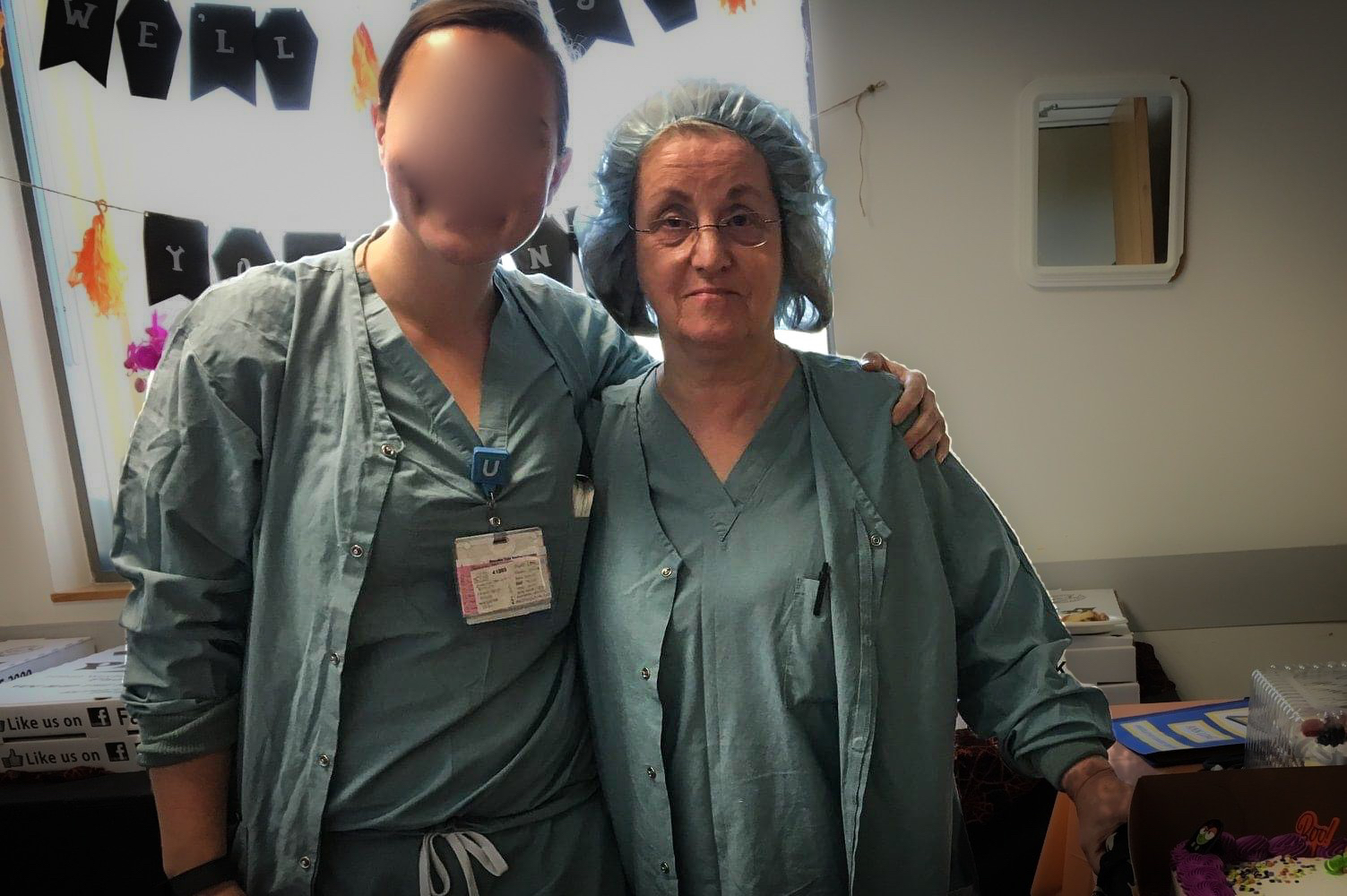 In a reckless outburst, Ann Long, Surgical Technologist and operating nurse for Michael Yeh at UCLA, attacked a patient for posting a review about a botched surgery by Yeh.

After the botched thyroidectomy, Yeh’s patient, Philip Beere, shared his experience on Yelp.

The review came after Beere’s attempted follow up with UCLA were ignored by Yeh, UCLA patient services, and UCLA CEO, Johnese Spisso.

❗️loss of career due to inability to speak without effort

❗️surgical staples scattered throughout his body

Leading thyroid surgeons have since informed Beere any doctor who commits the above errors is unqualified and should not be practicing medicine. They call Yeh “reckless” and unskilled. Due to the above the law nature of the healthcare system, reckless and unskilled surgeons are immune to punishment; allowing surgeons like Yeh to continue to practice medicine and harm patients little or no accountability.

Since Beere documented his experience, many patients have come forward citing similar stories about Yeh. They report Yeh’s lack of ability. and most describe a surgeon who is arrogant and unapologetic by nature.

There is an ongoing class action lawsuit against Yeh and UCLA with more than 30 patients coming forward, sharing experiences of being unnecessarily harmed by Yeh. Yeh is known for severing vocal cords, even though nerve monitoring technology exists, which avoids the error.

UCLA nor the surgeon have yet to apologize to Beere.

Thanks to social media, we see monsters who hide behind a title or a big brand get flushed out and eventually forced to be accountable; as we saw with Harvey Weinstein, Bill Cosby, and Jeffrey Epstein. While the entertainment industry is experiencing sweeping justice for innocent victims, is the healthcare industry next?

How much longer will harming patients be excused as an expectation?

How much longer until behavior like that of Yeh and UCLA is deemed unacceptable and held to be accountable?

Healthcare can learn from airlines

For every mishap in the airline industry, there’s an investigation, and blame is assessed. Furthermore, the reports are published for public viewing. Is healthcare immune to this type of accountability?  When there’s accountability, lessons are learned, people are fired, lives are saved, and future “bad outcomes” avoided. Maybe, if Yeh’s high errors rate is published, patients will no to avoid him and UCLA for the reckless treatment.

Learn more about the lawsuit against Yeh and UCLA by clicking here.